Brian and I had been bouncing a few texts about the Brown Booby back and forth yesterday, which cumulated in Brian saying "If it's seen more regularly I'm going". At 7.38 news came through that it had appeared to go to roost behind the rocks. That was all the encouragement we needed.

We began the 320-mile journey at midnight hoping to arrive before first light. The journey didn't start well when we found the entrance to the M25 completely closed off! Luckily after a short detour, the remainder of the trip went smoothly and we arrived at the National Trust car park around 5.30am. The main car park was almost full, with many sleeping off their long journeys or trying to navigate the parking meter buttons in the darkness.

It was still relatively dark as we made our way down towards the cliffside. Even in semi-darkness birders began scanning the rocks for any sign of the bird. Two hours passed and there had been no sign of the bird, Just as the usual thoughts began to form, Had we missed our chance? We should have come down yesterday. the shout went up "THERE IT IS", and indeed there it was, flying low across the water heading straight towards us! It headed around the headland made a few flights along the distant cliffs and returned to the small pyramid rock it had used yesterday. An hour passed and many of the birders had drifted away. We remained and eventually were treated to a full display of it flying, diving, fishing and sitting on the sea and rocks.

An added bonus while watching the Brown Booby was the presence of at least seven Cornish Chough. They flew overhead and settled on the short grass on the far right of the photo below. 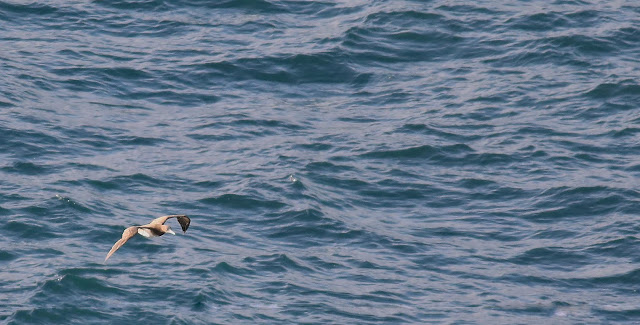 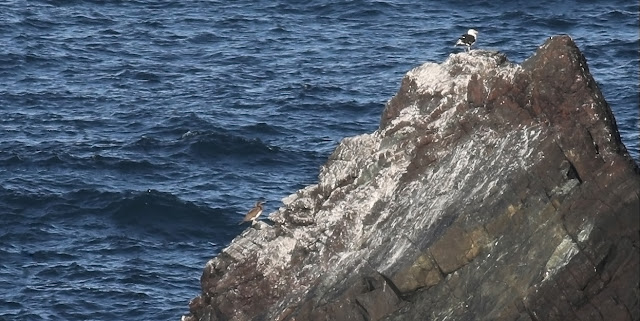 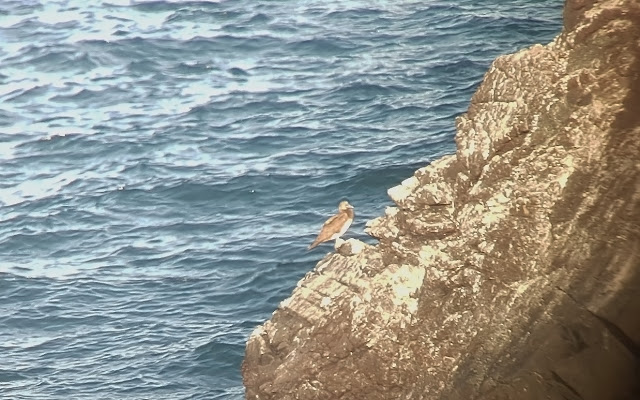 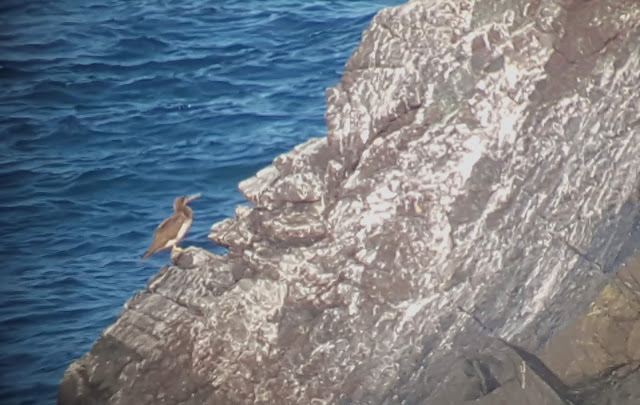