We started the morning with a spot of seawatching on the beach by the fishing boats at Dungeness.
Strong winds and heavy rain showers greeted our arrival at the boats, but the rain soon faded into light showers.
A two-hour session produced a single distant Bonxie following a ship, Large numbers of Gannets, several Kittiwakes and Sandwich Terns as well as Great Crested Grebes, Common Scoter and Turnstones.
Two Swallows were seen flying out to sea and later a further group of 10 Swallows were also watched. Good numbers of Turnstones were seen picking at fish scraps left by the fishermen.
An Arctic Skua was seen flying fast and low across the water and then a second bird was watched as it headed straight towards us and gave great close up views as it harassed the local gulls close to the water's edge.
From here we made our way towards the trapping area and managed to locate 4 Ring Ouzels but little else of note. Two Stonechats were seen on the power station fences as we approached the observatory.
After picking up a Great White Egret on the drive round to the reserve entrance, we parked up and started scanning the cattle fields close by.
After several minutes of scanning the Cattle Egret made a brief flight, and after a quick wade through high reeds, took flight and landed on the back of a nearby cow.

The Egret was constantly harassed by the local Magpies, but it seemed to be giving as good as it got.
After another brief flight to an adjoining field, it returned and landed on the head of another cow.

On the way home we stopped at Elmley Marshes, and after scanning through the orchard trees, eventually located one of the Long-eared owls that have been present for a few days again this year.
The bird remained well hidden among the foliage and there was no chance of any decent shots with the camera.

On the drive back down the track a single Wheatear was seen on the road ahead of us, and in the fields either side of the track were Skylark, Lapwing, Curlew, and Marsh harrier.
Posted by Jim No comments:

Having always favoured early mornings to any other time of the day, it's good to be up and on the road well before first light again this morning.
Early Sunday morning and with much less traffic on the roads, we make good time and are pulling into the car park at Burnham Norton around 7am.
The mist and fog was quite dense on route, but as we near the site it quickly begins to disperse and has disappeared altogether as we make our way along the track hoping to connect with the Shrike.
We wasn't to be disappointed, as the Shrike was seen perched up on the fence line before reaching the small group of birders already present. 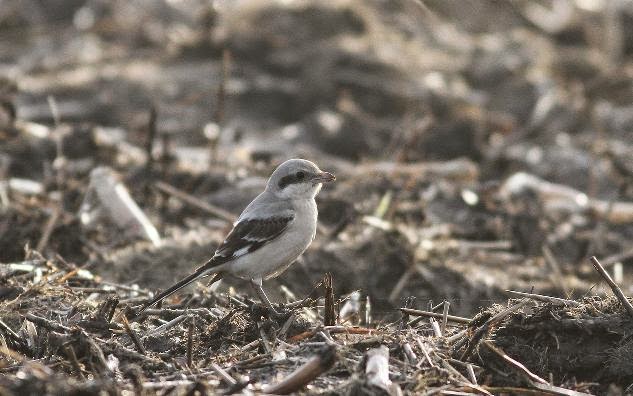 The bird had a regular routine while we were on site, it would fly to a single small tree further along the small narrow channel and from there would fly along the channel to land on the fence or fence posts close to where we were standing giving superb views. Someone had been supplying the bird with mealworms and it would drop onto the ground to collect one before returning to the fence or brambles close by.
Eventually we reluctantly made our way back to the car and pointed it in the direction of Lowestoft. Arriving at Ness Point, the car park behind the Birds Eye factory was quickly found and after driving further along the track we arrived at the favoured area near an orange windsock. Almost immediately the Red-backed Shrike was spotted sitting among the vegetation close to the fence line. 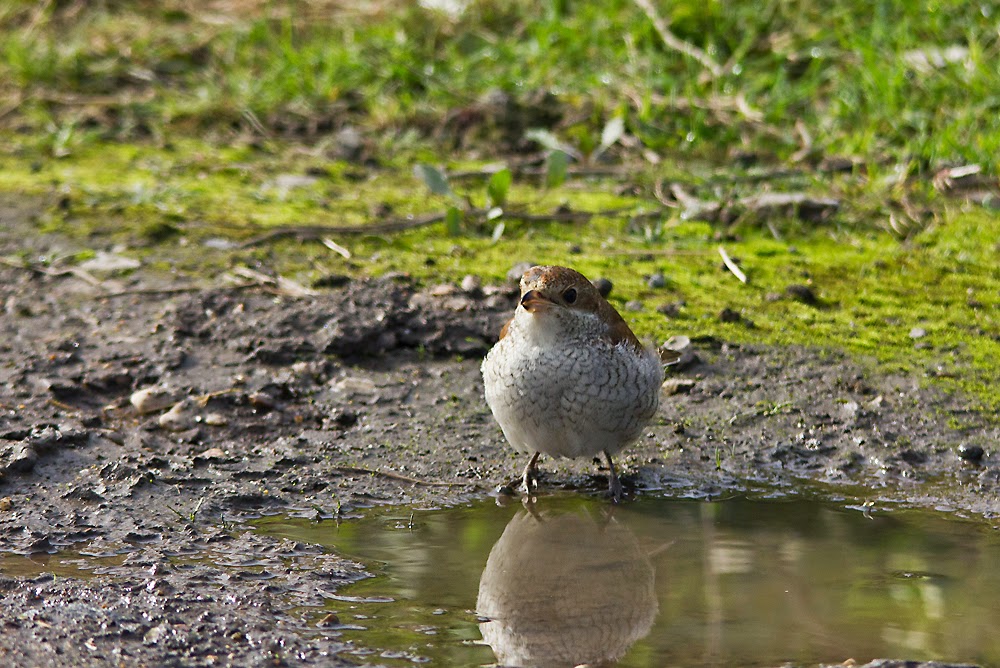 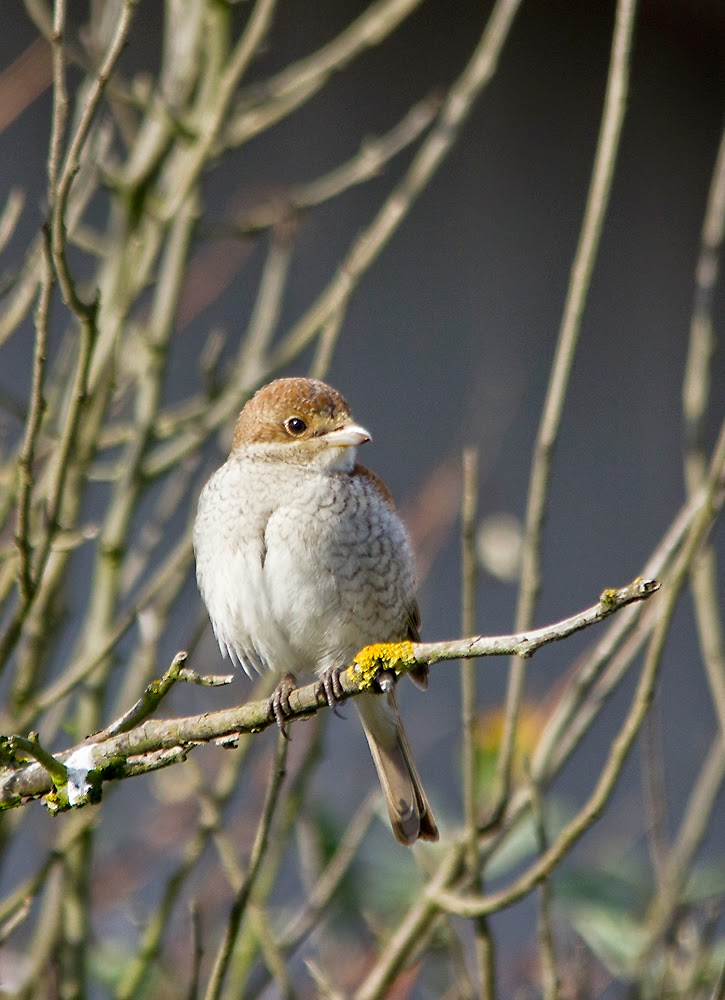 Hearing of two Yellow-browed Warblers present at nearby Gunton saw us make the short trip, but after several searches all we managed were a couple of calls and no sightings.
We did manage to locate the Treecreeper that the locals had reported as a possible Northern Treecreeper but for the time being it remains just that.

Time was moving on and with daylight hours running out, it was time to head for Minsmere and give the Little Crake a go.
The bird was reported as still present but it wasn't reported all morning and had only been reported once before we arrived. So as we headed along the path towards Bittern Hide I was thinking this is going to be a fair wait and maybe a  no show in the time we had left.
As we entered the hide the bird appeared from the right hand reeds and I managed a very brief view before it disappeared back in among the reeds.
It wasn't long before it reappeared and this time gave much more prolonged views as it picked at the surface of the water.

One guy from the midlands had been in the hide from early morning to get these views, we just turned up and got the same views within a minute of entering the hide.
Right place, right time if only it happened like that every time.