An unexpected trip to Dungeness today.
Leaving home at 5.30am, it was shortly before 7 that we arrived at Dungeness and were parked and heading towards the viewing screen overlooking Arc pit.
The Red-necked Phalarope was found almost immediately upon arrival, busily feeding among the small strips of vegetation.
Thousands of Hirundines were present over the pits and several Garganey were also on view along with Marsh harrier, Dunlin, Redshank, Ruff, Lapwing and Snipe.

From here it was a short drive round to Denge Marsh Road, parking the car opposite the gully where a Melodious Warbler was present the previous day, Luckily it had stuck overnight and we were watching it flit about among the Elderberry's almost as soon as leaving the car.

It showed exceptionally well at times. 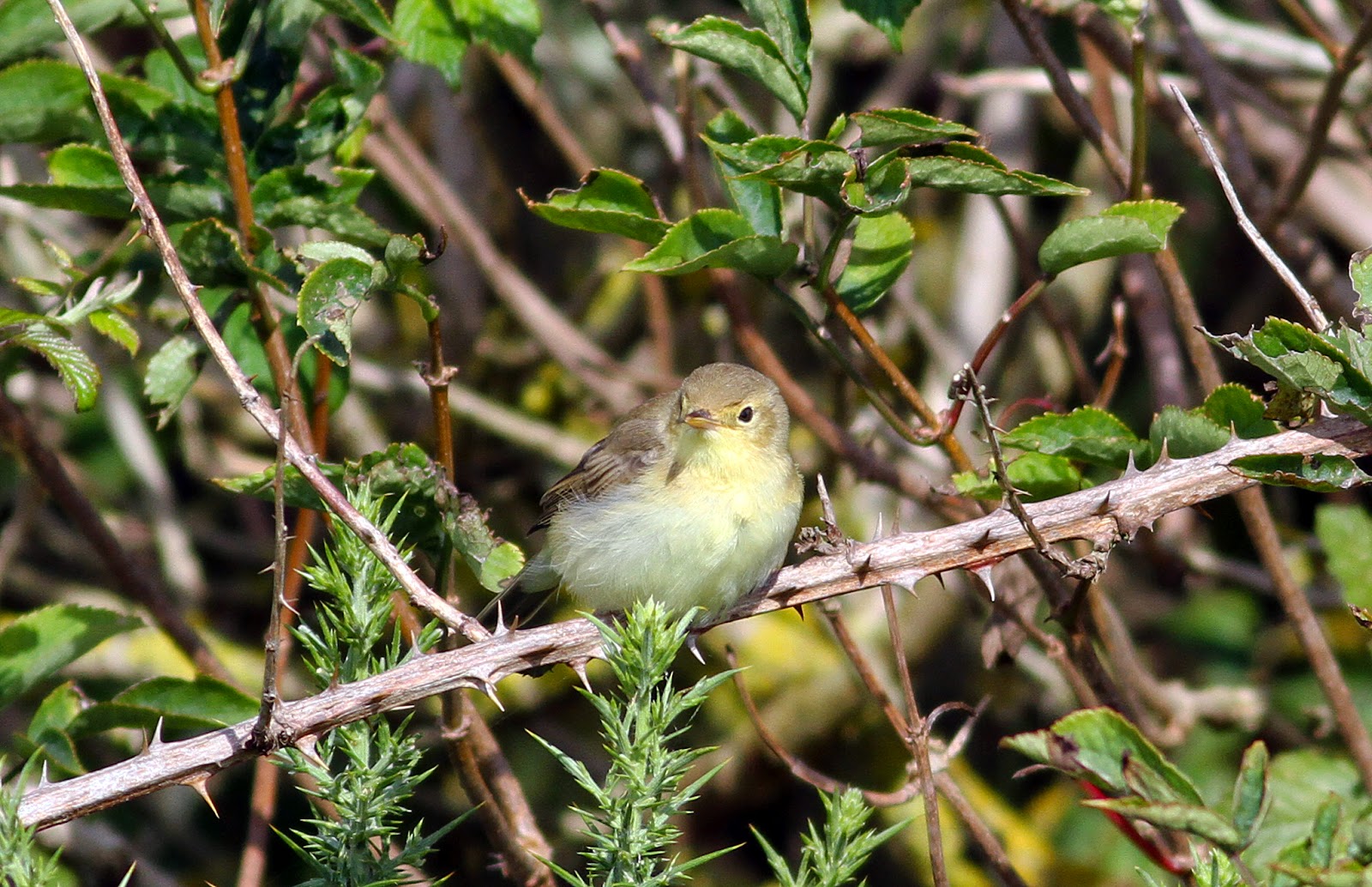 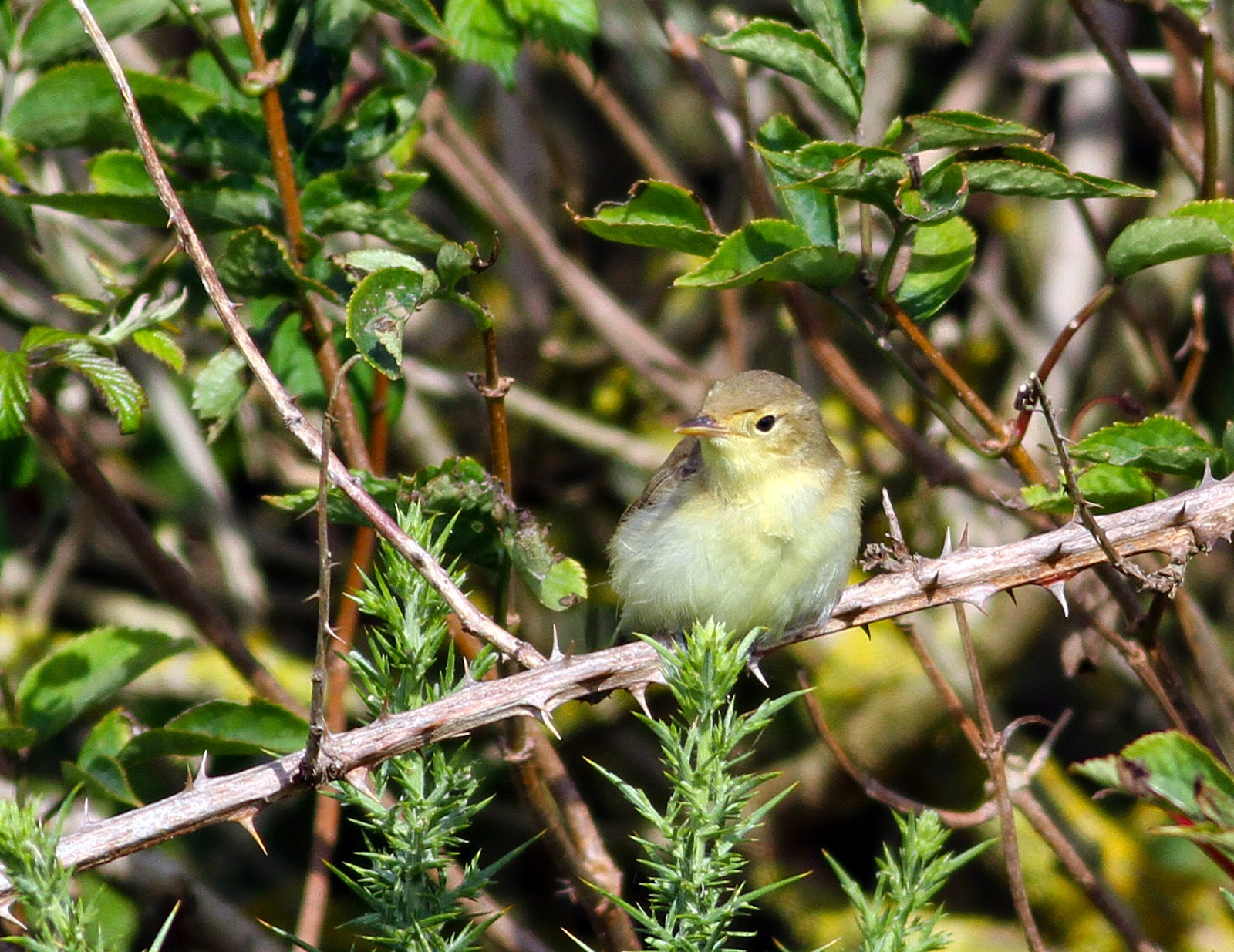 While here we managed a few brief views of a much more frustrating Wryneck, which was keeping itself well tucked in among the thick vegetation.
We tried Galloways Road which runs parallel to Denge Marsh Road, and connected with several Wheatear, Whinchat, Stonechats, Common Whitethroat.
After parking the car we were told of the presence of another Wryneck, and after a short search the bird was found perched in a bare Elderberry, giving superb scope views.

A return visit to the viewing screen at Arc Pit, finally managed to produce good views of a single juvenile Little Stint, which we had failed to connect with on the first visit.
Before leaving for home, we also watched a pair of Raven, a huge flock of Starlings and single Buzzard, and Sparrowhawk.

Bee-eaters at Niton, Isle of Wight

European Bee-eaters breeding on the Isle of Wight!!

Having watched the developing news over the previous weeks with more than a little interest, it was becoming frustrating not to be able to find the time to pay them a visit.
When news broke recently that three youngsters had fledged, we decided it was now or never.
4.30am this morning we left Essex and made our way to Lymington to catch the ferry across to Yarmouth.
We caught the first ferry across and after another 17 miles we were parking the car in the temporary car park by 8am, met by two of the volunteers. 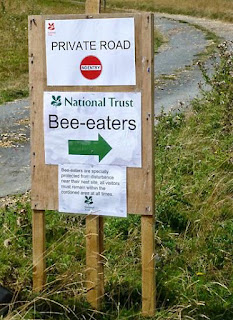 A horse box was being used as a make shift centre, and apart from these two volunteers, there were only three other people present.
A quick chat and we were told of the most popular feeding areas of the Bee-eaters, but that the chances were not good given the weather conditions.
But within a very short time of setting up the scope, I was watching my first ever Bee-eater as it flew in and landed at the top of a bare Elm tree.
This was to be the pattern for the entire time we were there. They would fly in, perch up on the tree and after varying times fly off only to then return to the same tree with their catch.
We were lucky enough to see three birds perched in the tree at the same time
With the weather overcast and a few short showers added in, the birds remained distant and well out of range of the camera. One bird did fly overhead calling while we were there.
The main tree being used proved to be very popular, with two Great Spotted Woodpeckers, Goldfinches, Greenfinches, and a possible Spotted Flycatcher all using this tree during our visit.
The volunteers went on to inform us that there were four adult birds and that there was still one bird in the nest that had not yet fledged.
With the birds having made the nest on the ground within an old rabbit burrow, the area was protected with an electric fence to keep out the foxes, and volunteers watching the site 24/7 in case of egg thieves.
A job well done.

Having been split between Norfolk and the Isle of Wight the previous evening, we decided to head for Norfolk after checking the weather forecasts.
Arriving at Titchwell shortly before 7am, we made our way towards Island Hide, and located the crake almost immediately.
It was busily feeding among the reeds to the right of Island Hide, it would appear briefly then head back in among the reeds, only to appear again shortly afterwards. 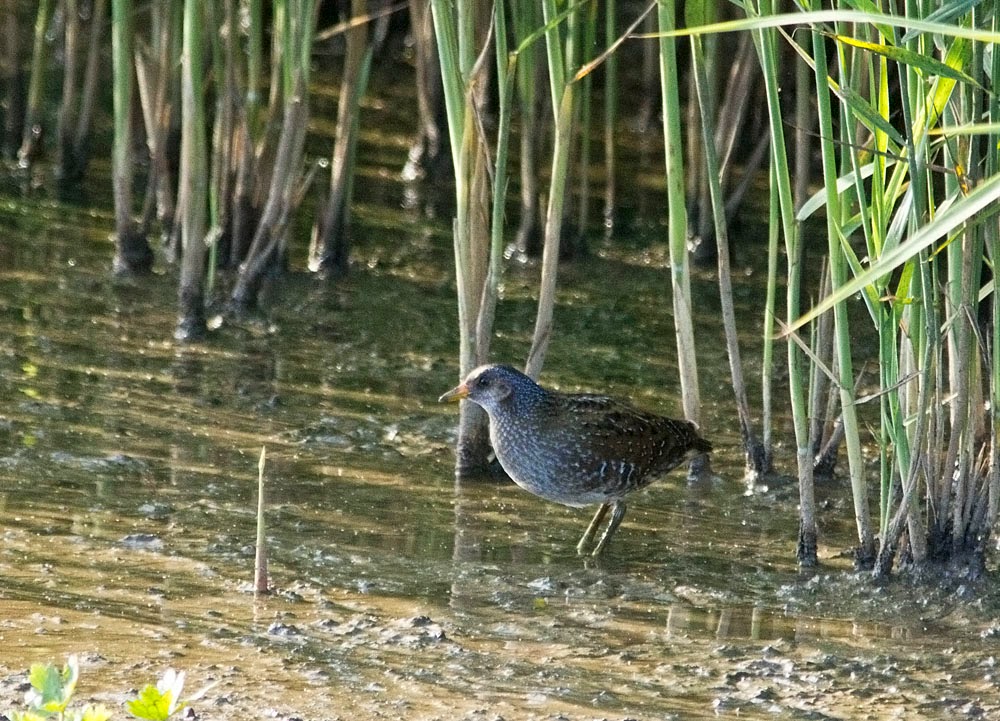 We watched as the Crake took exception to the presence of a juvenile Water Rail, and it quickly saw it off. The appearance of the juvenile rail seemed to trick a few people in the hide to thinking there were two Spotted Crake's present.
The freshwater marsh held good numbers of birds, including a very nice Wood Sandpiper feeding close in. Also present were five Spoonbills, 3 Spotted Redshanks, Dunlin, Turnstone, LPR, large number of Avocets and Ruff along with gathering numbers of hirudines, Sand Martins seemed to be present in the greatest numbers but House Martins, Swifts and Swallows were also busily feeding across the marsh.
A short sea watch produced several Gannets, Dunlin and a flock of 15 Eider close in.
The return walk produced good views of a Chinese water Deer.

At Cley I failed to connect with the reported Temminck's Stint on North Scrape, but did manage to add another couple of year ticks with a single Curlew Sandpiper and 3 well overdue Green Sandpiper's.
Several more scans after the flocks got spooked and took to the air failed to locate the Temminck's but a summer plummaged Knot and a small flock of Dunlin were found.