The day after returning from twitching the first mainland record of Siberian Accentor at Easington in East Yorkshire, an Isabelline Wheatear was found just a couple of miles away near the Easington boatyard!
As luck would have it another Isabelline was found five days later at Burnham Overy in Norfolk. Being 90 miles nearer to home this looked much more appealing. Having left at 5.30am we arrived on site shortly before 8am. Taking the footpath towards the sea wall news broke that the Isabelline was still present 400m West of the boardwalk at Gun Hill. On route, we found a Northern Wheatear close to the seawall and took this as a good sign.Unfortunately, as we arrived the Isabelline had been lost to view! After joining the other birders in scanning the dunes and surrounding bushes the bird was soon found happily feeding among the short cropped grass.


Having watched it for nearly an hour flying back and forth between the dunes and short grass it flew up the bank towards the horizon and was lost to view.
We took this as a sign to head on towards the Western end of Gun Hill in search of the Desert Wheatear, but as we were about to set off, a Radde's Warbler appeared at the top of the dunes. It sat out long enough to get the scope on it for dad to see his second lifer of the morning!
At the Western end we joined a small group of birders trying to locate the Desert Wheatear, it seemed to favour an old log at the bottom of the dunes, but would frequently fly up and investigate rabbit burrows. As we scanned the dunes and surrounding beach a second Wheatear appeared at the far Eastern edge of the dunes. Tail patterns and shape in flight confirming we had a Desert and an Isabelline!


Before leaving for home we had a brief stop at Burnham Norton in search of two reported Waxwings. We met the finder in the car park. but the walk out to the sluice and subsequent search proved unsuccessful.
Posted by Jim No comments:

An early morning visit to Wilstone Reservoir today hoping to connect with the Ring-necked Duck that was reported yesterday morning.
Arriving at first light we climbed the steps and headed towards the jetty, scanning each and every bird as we went. Several Grey Wagtails were seen feeding at the waters edge. But as we reached the jetty there was still no sign of the target bird. Two Water Rails emerged from the reedbed to the left of the jetty in Cemetery Corner and a Rock Pipit flew onto the concrete banking.
We were just about to head off and scan other areas of the reservoir when dad thought he had seen it. It had dived before a positive id could be had, But as it surfaced the id was confirmed! 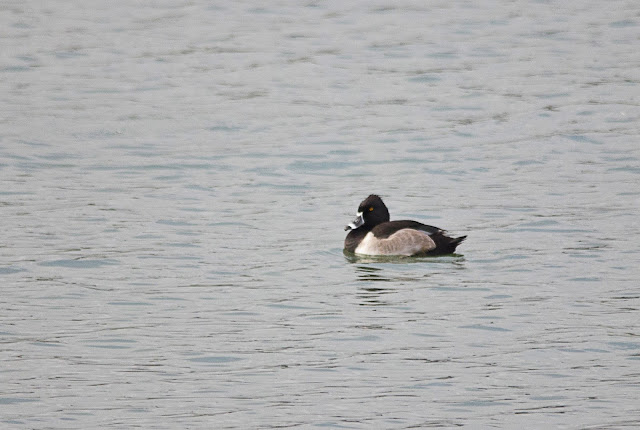 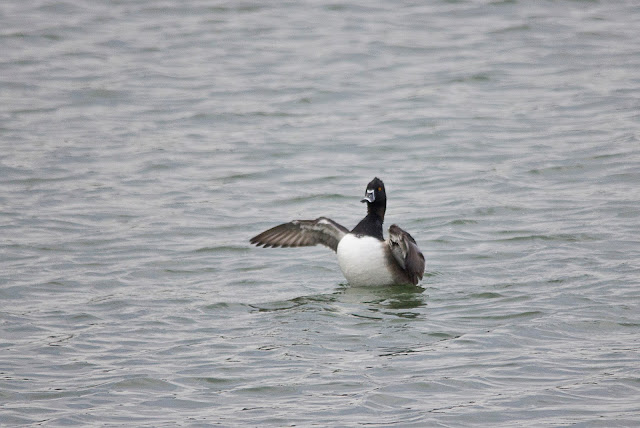 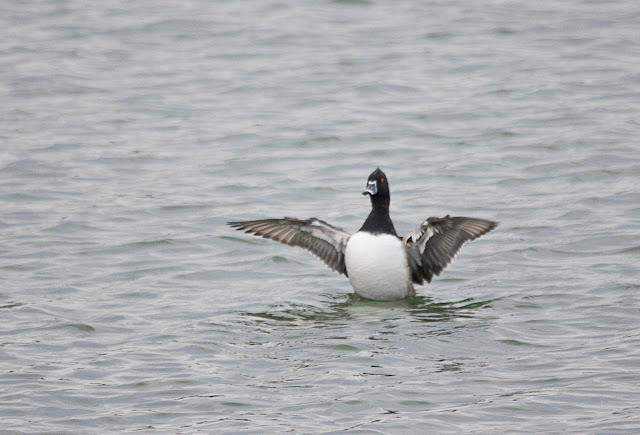 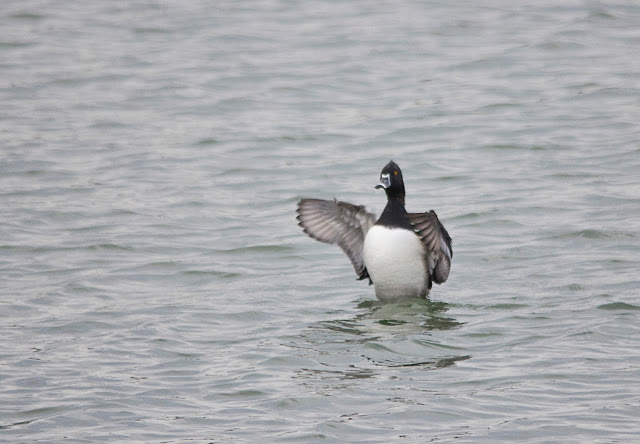 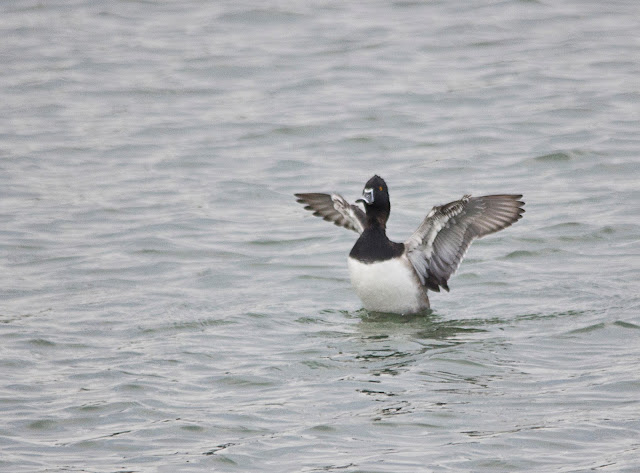 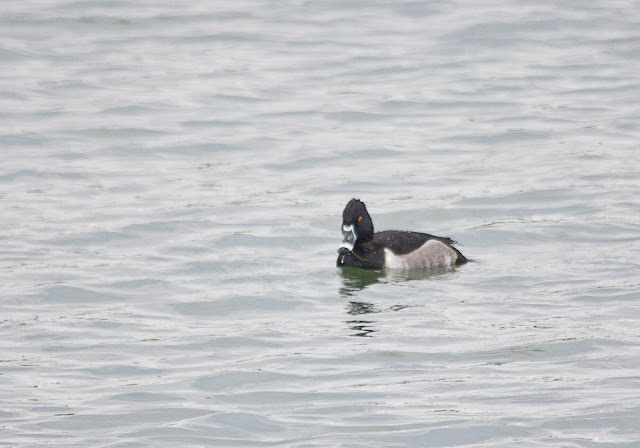 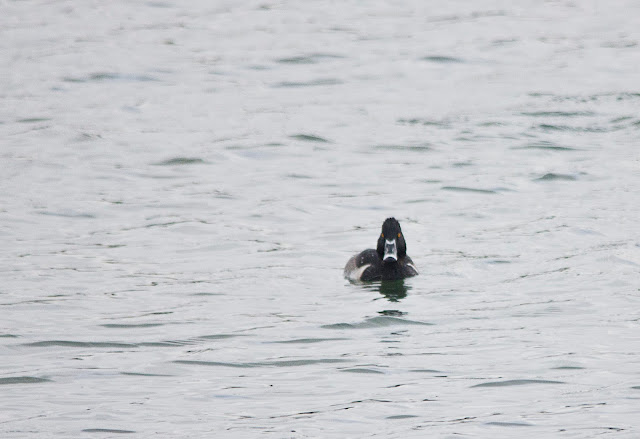 News broke on the 9th October that a Siberian Accentor had been found on Shetland! Fantastic bird but with no chance of getting to Shetland I didn't give it much thought thereafter.
That was until news broke that a second bird had been found, this time in Easington in East Yorkshire, The first chance to travel would be Sunday, so we were left with an anxious wait. The bird was still present throughout Saturday but the forecast for clear skies Saturday night were not what we were hoping for.
A 4am start and a 200 mile trip lay ahead of us, Worried the clear skies had encouraged the bird to move on we headed up the A1 less than confident. However we were a little more encouraged when we began encountering thick fog patches.
Eight miles from Easington the pager bleeped into action with the news that the Siberian Accentor was indeed still present! Parking up in the field off Seaside Road, we headed off along Vicar's Lane to find a small crowd already watching the bird. It was busily picking insects from among the moss covered tarmac. 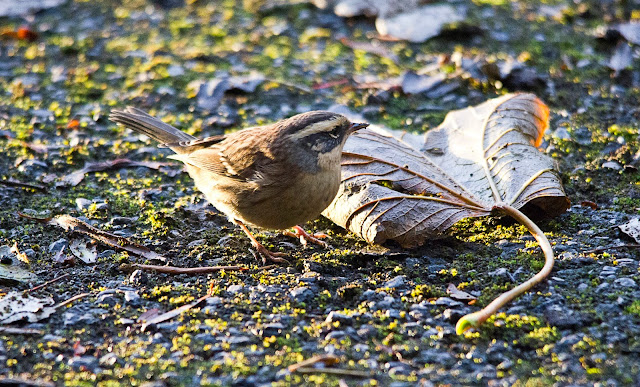 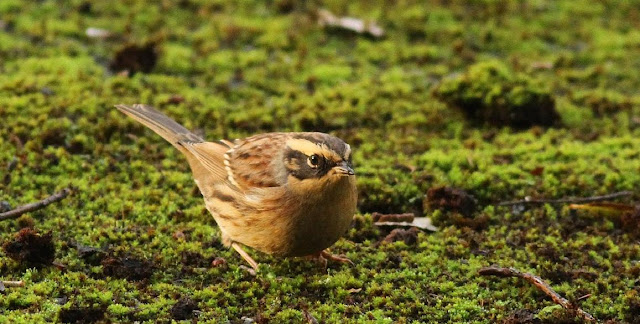 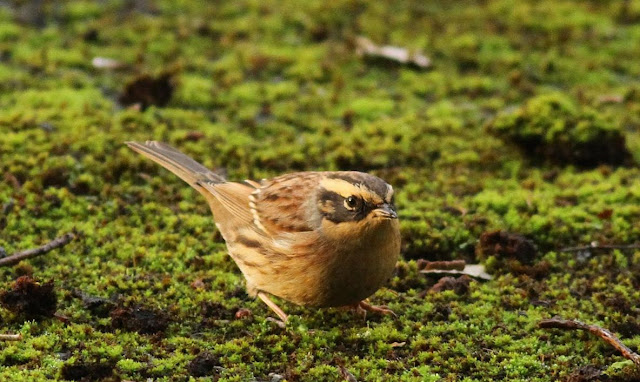 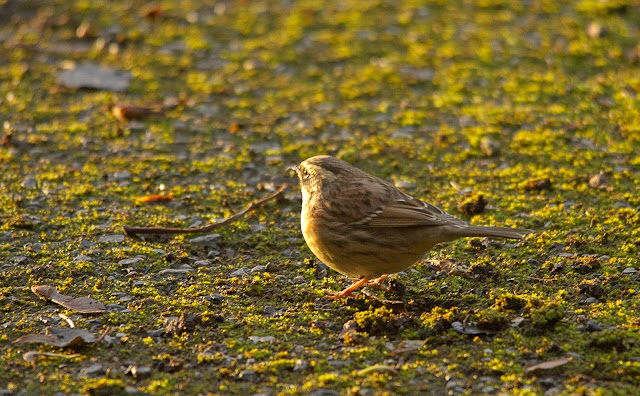 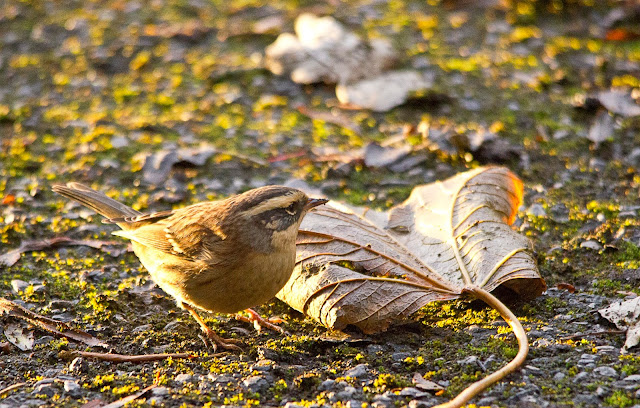 A superbly well managed twitch, full credit must go to to all those involved. Having watched the bird at close quarters for a decent amount of time the bird flew towards the gas works, and after adding to the donation bucket we headed off in search of any other migrants.
A Shore lark was found by the sandy beaches at the end of Easington Road and an elusive pallas's Warbler was eventually found in the trees in the Crown & Anchor pub flitting between branches on the East side. Before leaving for home a flock of Bean Geese were seen in fields North of Kilnsea Wetlands car park.
Posted by Jim No comments:

A Wet Warbler day in Norfolk!

Heading towards Norfolk this morning we decided to start the day at Holkham and try our luck with the Radde's Warbler. As we headed along Lady Anne's Drive a small covey of six Grey Partridge were seen feeding close to the fence line on the right.
Shortly after leaving the car the first Yellow-browed Warbler was heard calling from a nearby pine tree. Taking the West path we made our way to the crosstracks, and what we thought was the area the Radde's had been seen in. As we scanned the area the rain fell and the first soaking of the day duly followed. We then discovered we had been scanning the wrong area! Two hours in two wrong locations, we eventually found the right area and were soon rewarded with a showy Yellow-browed Warbler that dropped into the brambles. Another downpour and another soaking followed but as the rain eased the Radde's started calling from within the same bramble bushes, it briefly appeared near the top, giving decent views through the bins but quickly took off and headed lower and deeper into thicker cover.
Heading towards Cromer, we made a brief stop at Walsey Hills and found a couple of Jack Snipe busily feeding along the back edge of the reeds.
A Dusky Warbler at Cromer was to be our final destination of the day. We parked up close to Cromer Golf Club and headed up to the lighthouse and down the bank on the other side to join  a small group of birders already present. The Dusky Warbler was heard almost immediately, The hard teck, teck call ringng out, then the rain came and the heaviest soaking of the day followed! Eventually the rain eased and the bird started calling again. Several flight views were had as it moved through the vegetation and then some decent views of the bird perched and flitting about among the branches followed.

A decent if wet day with three additions to the year list, the Radde's Warbler also moving the life list up another notch.