As another year draws to a close it's time to reflect.

It was a year that started relatively quiet, but would end with a possible sixteen new additions to my life list!

I had to wait until April to get my first lifer and it was to be the shortest journey from home of the year. I had always wanted to see an Ortolan Bunting and when one appeared at Billings Farm at Abberton, we wasted no time in making the trip. It showed superbly on the roof of one of the farm buildings.

I was optimistic that May could produce something good, but I wasn't expecting two Tern species at the same site at the same time! It was an afternoon dash down to Dungeness to add Whiskered Tern to the life list, and while there a Roseate Tern dropped onto the same shingle island as the Whiskered Tern at Burrowes Pit. I had made many trips to see Roseate Tern but had always contrived to miss it. I could have gone to Conquet Island but that's over 300 miles from home.

June and July can be somewhat quiet, but this year would prove very productive. I managed to add five new additions to the life list.  Suffolk,  East Yorkshire, Lincolnshire, Gloucestershire, and Norfolk were all visited in order to do it.
An Iberian Chiffchaff was seen at Dunwich Heath in Suffolk, A stunning Black-headed Bunting at Flamborough Head in East Yorkshire was added a week later. It had disappeared when we arrived but we re-found it ourselves which was even more rewarding. Nine days later we were on our way to Frampton Marsh in Lincolnshire which had been hosting a Black-winged Pratincole. I had dipped this species at the Ouse washes previously, so I was very pleased to grip it back. June still had yet another surprise before the month's end. A Little Bustard was found at Slimbridge WWT on the 23rd. It was a long drive along the M4 and then a wait for a member of staff to escort us through the reserve after hours. The bird itself proved difficult to locate but eventually, after many glimpses of the head, we managed decent scope views of the bird as it walked out into shorter grass.

July was as expected pretty quiet, but did still produce another lifer. A Pacific Golden Plover was at Breydon Water in Norfolk and we took the opportunity to see it while traveling back from seeing the Semipalmated Sandpiper at Titchwell earlier in the day. While walking the 2.5-mile path at Breydon I also added another lifer, this time it wasn't a bird, it was a Butterfly. My first Swallowtail was seen resting on the grassy footpath.

A two-day sea watching trip to Cornwall added another long overdue lifer in the form of several Sooty Shearwaters. We did two six-hour sessions at Porthgwarra by the end of the sessions we had seen double figures of Sooty Shearwaters.

Almost a month later we returned to Cornwall, this time to Kynance Cove when a Brown Booby was reported. We arrived in darkness and after a two-hour wait, the bird was seen flying low across the sea. It then entertained us for the remainder of our stay. What a bird!!

A week later we made the trip to Pilling in Lancashire. this time to see a species that has been subject to a lot of debate. Was it a Pied or Black-eared Wheatear? At the time of writing, many now believe it to be an Eastern Black-eared Wheatear as opposed to a Pied. Either would be a lifer for myself, but I'm obviously hoping it's the rarer Black-eared.

Four days later we are heading to Hampshire hoping to bag another lifer. An Eastern Olivaceous Warbler had been found at Farlington Marshes. It's normally a nervous drive heading to a site of a new bird but the birds continued presence was reported on the news services just as we approached the car park. The bird showed extremely well all morning.

October would produce another two lifers on the same day. We had traveled up to Easington in East Yorkshire for a Red-eyed Vireo. The Vireo was spotted immediately upon arrival and while Brian was trying to get a decent photo of it, news broke of a Great Snipe at Kilnsea! We were less than 3 miles away!

Another potential lifer was found at Walberswick in Suffolk, An Eastern Yellow Wagtail. The bird had gone missing when we arrived, but it soon returned to its favourite feeding area much to our relief.

I wasn't expecting another lifer in December, but a Black-throated Thrush appeared at Whipsnade Zoo in Bedfordshire. It's a relatively short trip from home and the bird showed in the Cotoneaster as soon as we approached the pig pen area. A stunning looking bird!

My year list ends on 286, with no trips to Scotland, Scottish Islands or Scilly I'm very happy with that total.

So a possible 16 new additions (Currently waiting on BBRC decisions on two birds). At the beginning of the year, I was hoping for maybe 7-8 new additions.

Towards the end of the year, I lost the Steppe Grey Shrike from my Life List as it was lumped back with Great Grey Shrike. So as it stands today my Life list is at 392 meaning I need eight more additions in 2020 to reach 400. I am quietly optimistic that I can achieve that target.

There were only four months that didn't produce new additions, and the most productive months were June (4), September (3), October (3)

Arriving at Whipsnade Zoo shortly before the 10am opening time, the rain was already falling and the heavy dark skies were promising more to follow. 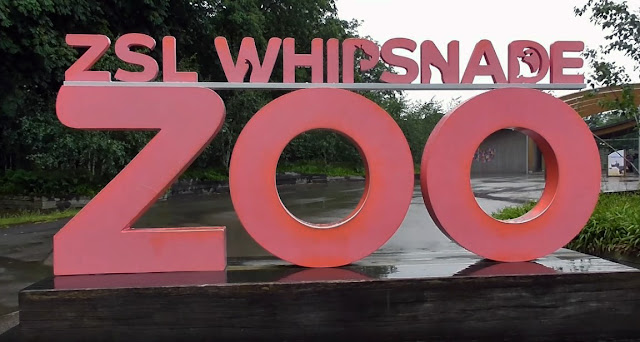 After paying the entrance fee we made our way along the footpath towards what was the birds favoured feeding area yesterday, the Hullabazoo Farm. We were still walking towards this area when the bird was spotted perched in a berry ladened tree just outside the Pig-Pen. It soon flew into the fenced area and began foraging among the logs and branches on the ground. Unfortunately, it didn't stay long and flew off towards the distant tree line. As the rain, became heavier we took shelter under the roof of the play centre. The skies began to clear and the bird was soon re-located. 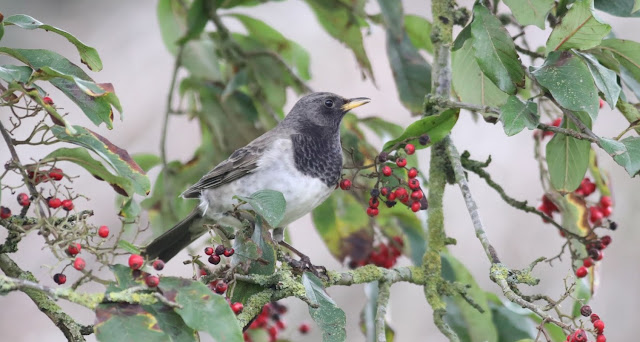 The remainder of the day was spent wandering along the footpaths viewing the various animals. It was a very blustery day and dad's Baseball cap took a trip into the moat of the Squirrel Monkey enclosure! much to our amusement. 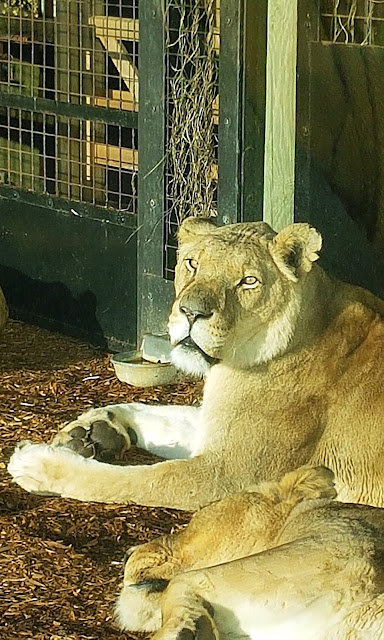 Setting off this morning we had three main targets in mind, Siberian Stonechat in Suffolk along with Red-breasted Flycatcher and Taiga Bean Goose in Norfolk. Brian needed just one of them to reach his target of 300 species in a calendar year. Undecided as to where to begin we opted for Hollesley Marshes in Suffolk. 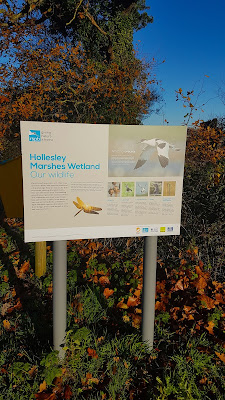 The walk of about half a mile along a very muddy and slippery track was well worth the effort as the bird was quickly located among the reeds. At one point it flew to the edge of the grass bank we were standing on but spent most of its time feeding among the reeds at a much greater distance. Brian had seen his 300th species of the year! Without any trips to Shetland or Scilly, that is some effort Congratulations mate. 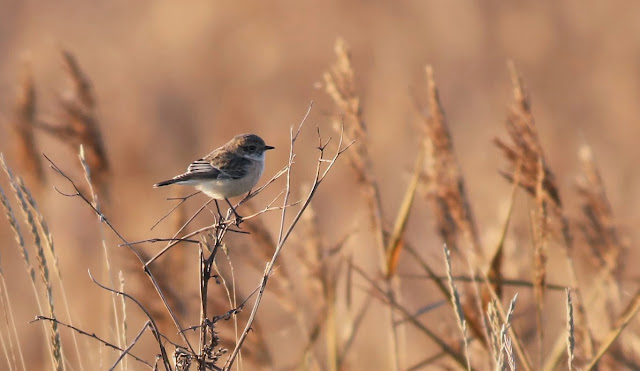 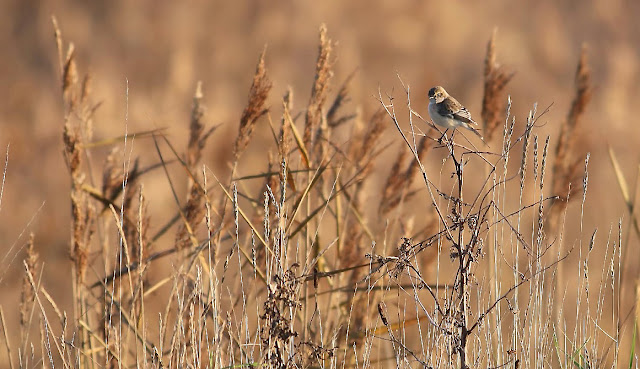 Unfortunately, The Red-breasted Flycatcher at Waxham was a no show and we had already failed to locate the Eagle Owl at Winterton on the way up. However, while there we managed to get a few pointers as to where to look for the Bean Geese at Buckenham Marshes. This information proved extremely useful as the geese were very distant and partly hidden among the grass. We managed decent scopes views of three of the reported four birds by the time we left.


Two of the three targets for the day had been found and on the way home, we stopped in the Brecks for another try at finding Golden Pheasant. The three previous attempts were all unsuccessful but we got lucky this time when a male was seen walking among the undergrowth.


PS News has since emerged of the Eagle Owl having a ring on its left leg.