A rare outing of late, started with a trip to Ely in Cambridgeshire hoping to connect with the over wintering Glossy Ibis. Scanning the flooded field from the metal gate failed to locate the Ibis among the Canada Geese and vegetation. Hoping to get a better view of the entire area, we re-located to the opposite side of the field via a public footpath and within minutes were rewarded when the Ibis suddenly emerged from thick cover and began to feed out in the open. With the exception of very brief and short flights it remained feeding throughout our visit and didn't seem bothered by passing trains in the slightest. 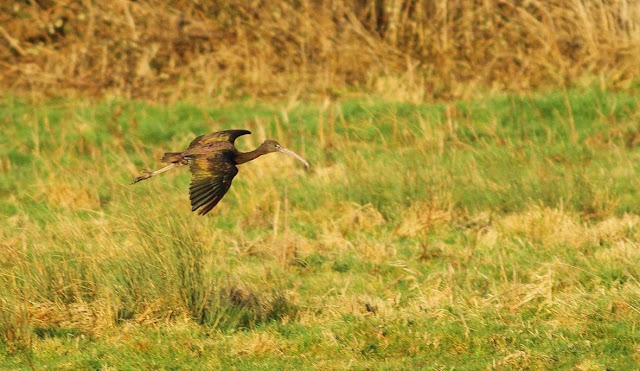 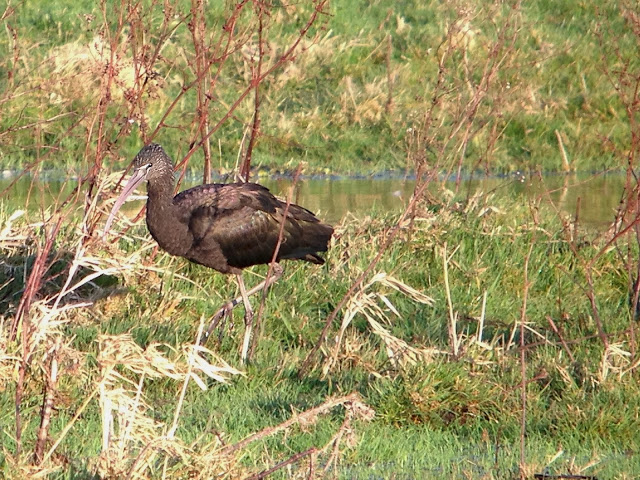 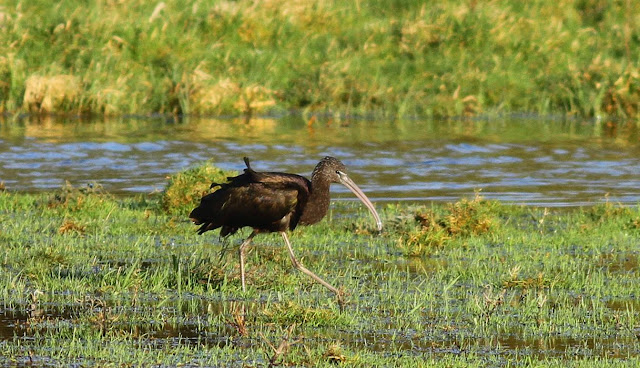 Santon Downham was twenty miles away and having parked up we headed off down river hoping for sightings of Lesser-spotted Woodpecker. But after a three hour search, all we managed were a couple of very brief Lesser-spot drumming in trees on the opposite bank of the river.
We did however get some nice views of a young Goshawk being mobbed by several crows as it flew across one of the clearings and headed off down river and into the distance.
Despite the lack of Lesser-spot views it was nice just  to be back out birding.


Posted by Jim No comments: