Having failed to find the Penduline Tits last weekend at Dungeness, we decided to make a return trip and hope for better luck.
Unfortunately we picked Sunday instead of Saturday. Saturday was sunny and calm, Sunday was overcast with very strong icy winds and rain never felt far away.
First stop was Lade GP's in search of a Slav Grebe, reported as present on the Saturday, but there was no sign of it this morning.
While scanning the pits the rain started to fall, and fearing a soaking we decided to make for the car.
From here we headed for the fishing boats in search of the juvenile Glaucous Gull. The beach was lined with small fishing tents and fishing rods supported on tripods.
It just so happened we had arrived just before the start of the World Dab Fishing Championships!
Having checked the roosting gulls behind the boats there was just time to scan the beach, where the Glaucous Gull was found among another group of roosting gulls.
With so many fishermen lining the beach it wasn't long before the gulls took to the air, luckily the Glaucous headed towards where we were standing and I managed to grab a quick shot before it headed off in the direction of the patch.


Within the roosting birds on the beach were several Kittiwakes and again I managed a couple of flight shots before they headed off along the beach and out to sea. Time to head round to the reserve and another search for the Pendulines. Shortly after reaching the viewing  ramp the warden arrived and said that the Pendulines had been seen but were difficult to pin down.
With the strong icy winds it proved too difficult and after two hours of scanning the area and searching each and every reed mace we left without seeing them for the second week.
Some decent views of a couple of Marsh Harriers, a Peregrine scattering the local flocks and a very vocal Cetti's provided some enjoyable moments while searching for the Pendulines.

A short drive North from the reserve and the Glossy Ibis is found in a horse paddock close to the road. I took the opportunity to take a photo before we headed for home.

Although disappointing to dip the Pendulines for a second week, it was still an enjoyable day and it won't be long before the next visit.
Posted by Jim No comments:

Dungeness and a dipped Penduline Tit

Sunday and as is the norm, when we can't decide where to go we normally head for Dungeness.
With news Saturday afternoon of the presence of a couple of Penduline Tits around Arc Pit seen from Hanson Hide this is our first point of call.
After two hours of scanning and listening there is no sight nor sound of any Penduline's being present. The session did produce Several redhead Smew, male and female Goldeneye female Marsh Harrier two Chiffchaffs and a flyby appearance from a Glossy Ibis.
From here we headed towards the beach and scanned the gulls that were roosting by the fishing boats. No luck locating the Glaucous Gull this week and no Caspian or Yellow-legged among them either.
It was good to bump into mick and Richard  along the beach front and enjoyed hearing about their recent trip to Morocco.
Heading back towards the reserve we stopped at the entrance to check out the Tree Sparrows in the hope of a couple of photos. but they stayed out of range hidden among the bushes along the back edge.
Deciding to head towards home we made a detour to Cliffe Pools when news of a Spoonbill on Flamingo Pool came through.
We quickly found the bird roosting among a flock of Shelduck and while watching the Spoonbill sleeping and occasionally preening there was news that the Penduline Tits had been re-located, this time seen from Hookers pit.
It was too late to return so we carried on enjoying the Spoonbill. With  large flocks of Lapwings and Golden Plovers entertaining us overhead.

Finally a Bittern at Fisher's Green!

Saturday morning was spent at home, mainly due to the weather forecast predicting very strong winds mixed with even more rain showers. Having got completely drenched in a rain storm last Saturday while scanning the gulls at Rainham Marshes I wasn't overly keen on a second soaking.
Saturday afternoon and a break in the clouds, Brian rings and says he's going to Fisher's for a couple of hours.
Twenty minutes later and we are parked up in the farm car park and heading for Longlands Hide.
The feeders having been stocked with food produced the usual species, Great and Blue Tits, Dunnocks and Chaffinches. A brief photo opportunity before we move on towards the farms. 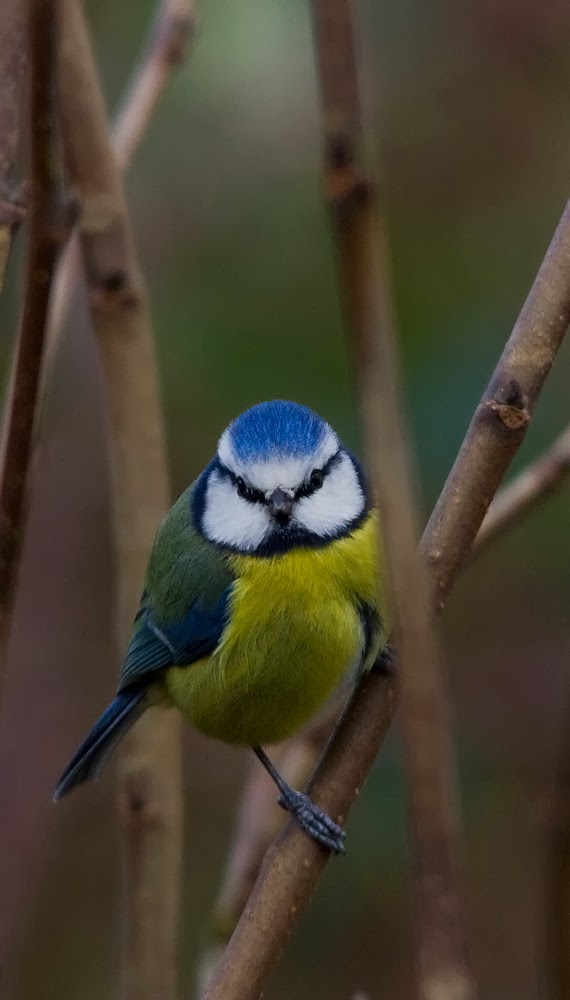 With the winds growing ever more powerful it wasn't surprising that most birds were tucked well in among the denser cover.
The surrounding fields held big flocks of Canada and Greylag Geese but only a couple of Egyptian Geese were seen among them.
We made the return trip and headed for the Bittern Hide.
Having already made several trips since the new year without a Bittern sighting from here I wasn't overly confident of spotting one.
On a clam day you can sometimes hear the Bittern moving within the reeds, but this was not going to happen today. After several scans Brian says he has the back of a Bittern in his bins.
I join him and after several attempts to locate the bird, it decides to move and I get a sighting.
Shortly afterwards it emerges into the central channel and slowly moves across into the left hand reeds.


Another bonus was a Water Rail out in the open feeding among the shorter reeds.

We opted to take another trip to Dungeness this morning.
The weather forecast was predicting early morning showers then clearing to leave a bright late morning early afternoon.
Before reaching Dungeness we get the first rain shower. Although quite heavy it's thankfully brief and has cleared up by the time we park up by the moat.
A Smart male Kestrel is spotted close to the car, but a complete circuit of the moat area produces very few birds and we quickly move on.
The Hume's is still being reported from the trapping area, but having already bagged it a couple of weeks ago we give it a miss and head towards the beach.
At the point there's Gannets, Cormorants, Great Crested Grebes, Common Scoters, Kittiwakes, and the usual gull species found along with a single Red-throated Diver.
As we drive towards the fishing boats, the Glaucous Gull is found close in resting among a small group of gulls. On the walk back from the beach it's found again roosting closer to the fishing boats.
While watching the Glaucous Gull it was Good to bump into Lee again and meet Alan for the first time.

From here we head towards the reserve, stopping on route to pick up a couple of Great White Egrets on ARC Pit and a Black-throated Diver on New Diggings.
On the drive up to the reserve another two Great White's are found, along with good numbers of Tree Sparrows at the entrance gate.
Another year tick is added when a Black-necked Grebe is found along the back edge of Burrowes Pit along with a redhead Smew. There's also Female Goosander and Goldeneye to complete the treble of winter ducks. 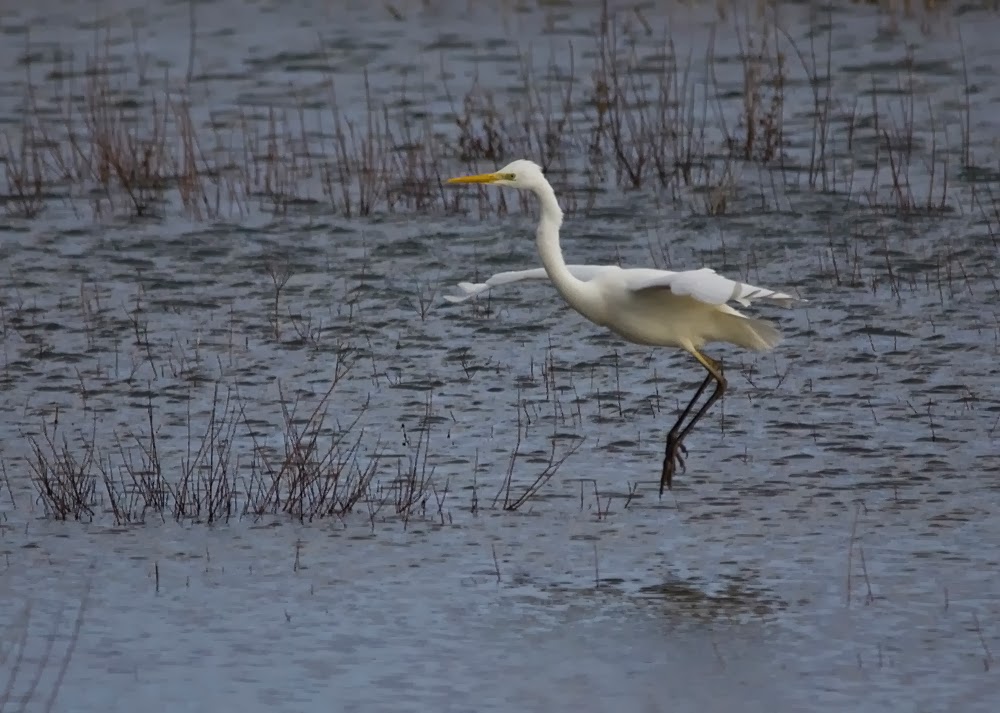 On the way home a quick stop off at Elmley produces a Little Owl in the centre tree behind the toilet block and a distant Peregrine for a couple more year ticks.
Most of the birds were again distant from the entrance track, with large flocks of Lapwings, Golden Plover and Curlews seen. The only birds that approached close enough for any photos were a small group of Rooks. 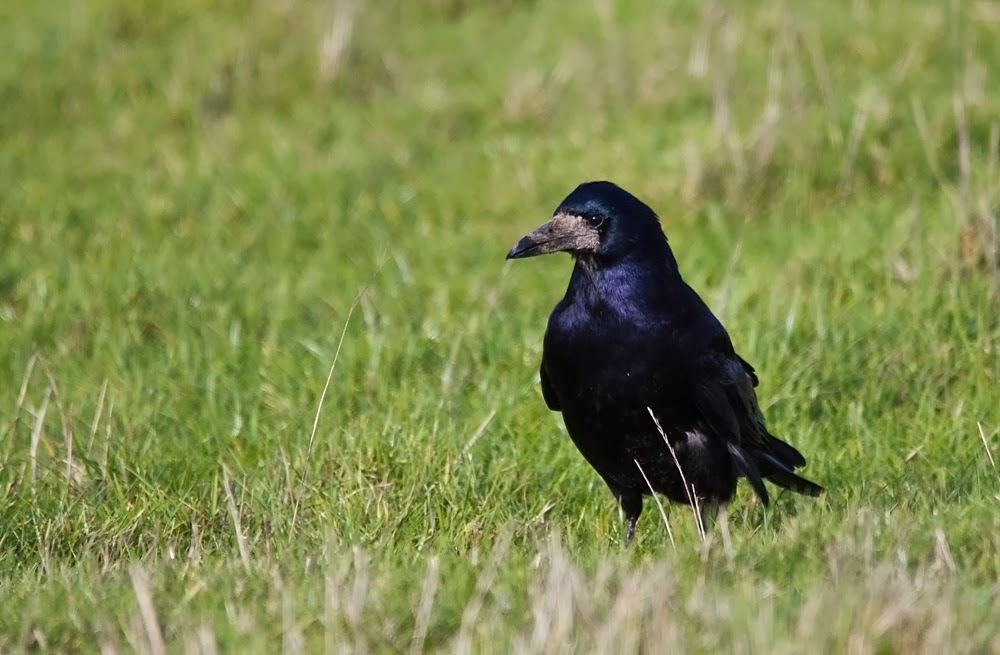 As we approach Dartford news comes through of an Iceland Gull present near Bob Dunn Way. There's plenty of gulls present on the flooded fields either side of Bob Dunn Way, but most are Black-headed with a few larger species mixed in. But there's no sign of the Iceland.
Brian spots some gulls flying around in the distance and after a bit of a drive around we manage to find the Viridor waste site. As we arrive James Hunter is already present and has the Iceland gull in his scope.
Luckily it's resting on top of the Viridor building roof.
We manage some good scope views before activity on site puts the birds up into the air, and the bird is lost to view.

Another good trip to Dunge, with the added bonus of a few more year ticks on the way home.
Posted by Jim 2 comments: