The first sighting of the Western Swamphen was at 2.05pm on Sunday 31st July on the Girder Pool at Minsmere. But the first opportunity to visit would be the following Sunday! Left hoping the bird would stay throughout the week it was still being reported at 8.40pm on Friday evening. I started to think there was a good chance it would stick around for our visit, Unfortunately there were no sightings on Saturday and not surprisingly we failed to connect on Sunday.
Almost a month later it would be reported at Alkborough Flats in Lincolnshire and with the bird still being reported yesterday Brian finally cracked and this morning we were on the road heading up the A1. Leaving at 4.30am it was an uneventful journey and we were on site and joining two Kent birders in the first hide around 7.30. we were still sitting there some five hours later having had no sighting of the Swamphen! 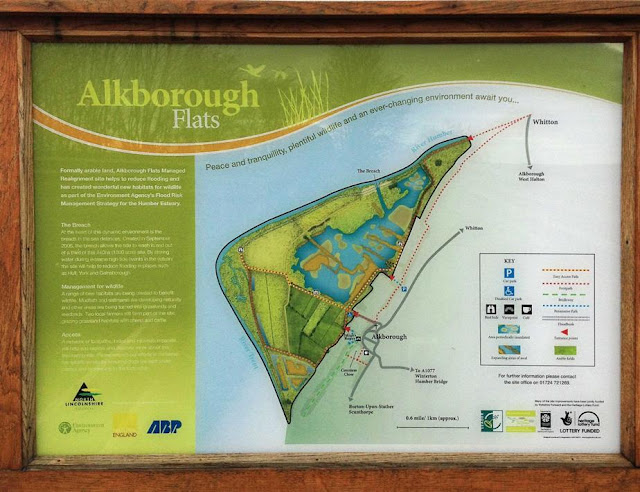 Plenty of waders were present on the pool in front of us with Greenshank, Spotted Redshank, Redshank, Ruff, Avocet, Black-tailed Godwits, Lapwing, Snipe and Water Rail all present. Three Marsh harriers were seen hunting over the reedbeds along with a Kingfisher and a small party of Bearded Tits. The highlight for me being five Spoonbills that circled the area and then landed on the pool in front of us giving nice scope views. 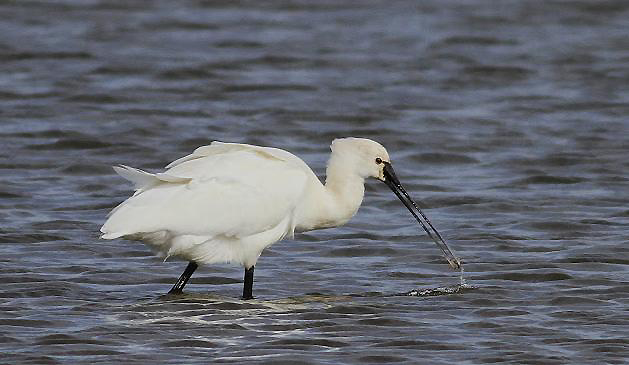 With no reports of the bird all morning we decided to head back up the hill and scan the pools from a much higher vantage point along Sandpit Lane. Two birders were already present and joining them we began to scan the much smaller square pool directly behind the pool we had been watching and found the Swamphen  walking along the fringes of the reedbed.
Having put the word out to the bird services it was amusing to see the hide below empty at pace heading in our direction. Unfortunately the bird disappeared out of sight before they reached us and would not be seen again until some three hours later, by this time we were already well on our way home.
Will it make it onto the British List? The wait begins.
Posted by Jim No comments:

Normally a trip to Scotland or a trip to the Birdfair at Rutland would guarantee an Osprey. Unfortunately neither of these trips have taken place this year, so with time running out to see one this year we took a trip to Panshanger Park, hoping it's three day stay would be prolonged by at least one more day. A short trip of 20 miles along the M25 getting off at junction 25 onto the A10 and along the A414 on to Thieves Lane.

We visited each of the three lakes before returning to the Western end of Osprey Lake and took up a position on the small viewing platform.
We scanned the skies and all the trees bordering the lake without any sign of the bird. Then shortly after 10am an elderly lady pointed out what she thought was a Buzzard, high above the trees in the distance. Having managed to find it in the scope it soon became apparent that it was the Osprey. It circled round behind the trees only to re-emerge above the trees mobbed by a Buzzard! The Osprey drifted away to the East and was lost to view.
We were just thinking of making a move for home when the Osprey re-appeared. This time somewhat closer, it drifted close enough to get some nice views through the bins and I managed a couple of rather poor efforts with the camera after I remembered I actually had the camera with me! 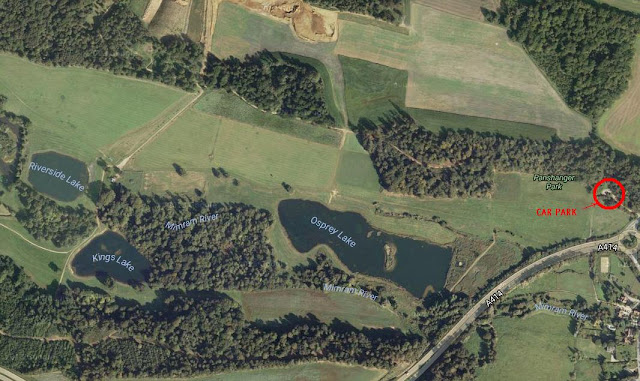 Living in Essex, there are not that many of the better known nature reserves in the County I have not visited at some point in the past. Today was such a day, with a visit to Blue House Farm EWT. 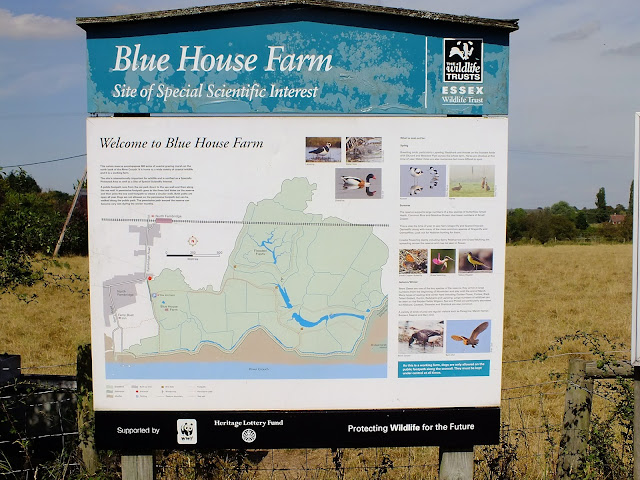 Some 34 miles from home, the reserve had been host to a Pectoral Sandpiper for the past three days. With plenty of road works on route and not leaving until midday the journey was quite slow.
We eventually reached the car park and set off across the permissive footpath. On route we were told that the bird was still showing from the 1st hide. As we entered the hide the Pec Sandpiper was busy feeding on the small island to the right of the hide. 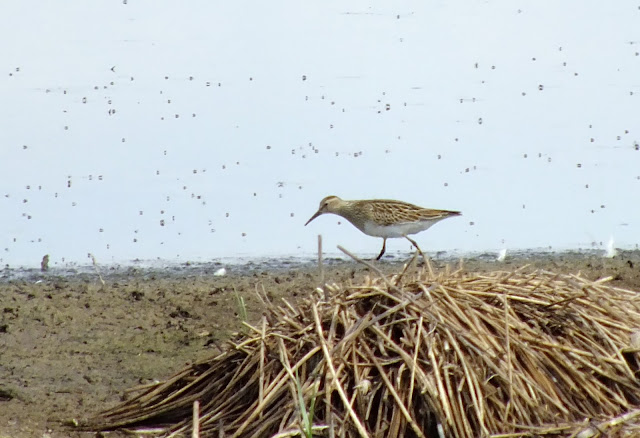 We spent the next couple of hours in the hide with half a dozen other birders watching it feeding in the company of two Ruff. It seemed settled but would then take flight and head to a different part of the scrape without warning, but would then fly back across shortly afterwards. A single Green Sandpiper was found along with good numbers of Little Ringed Plovers and a single Yellow Wagtail dropped onto the small shingle island right in front of the hide.


The journey home avoided all the road works and thus went much smoother and quicker. A new reserve visited and probably had my best views yet of a Pectoral Sandpiper.