An early morning visit to Lakenheath this morning began with a walk out along the river bank following the River Little Ouse heading towards Joist Fen Viewpoint. A further 300m past the last gate we join the only other birder present and quickly pick up the Marsh Warbler singing close by within the reeds. During our two hour session it sang almost constantly and would work it's way up from the bottom of the reeds and perch right at the top allowing for stunning views. 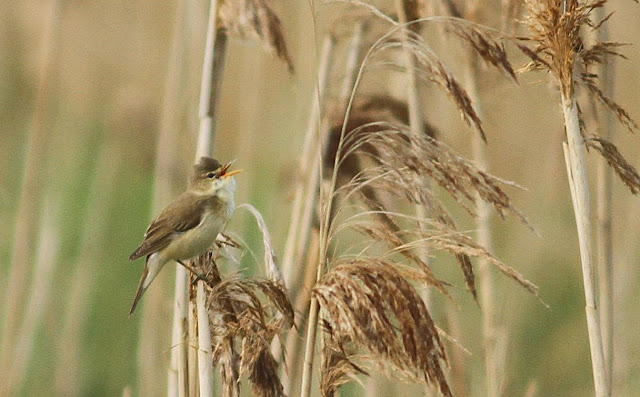 Below is a short  video clip taken through the scope.

Below photo taken through the scope, appears to show a tick below the eye near the gape.


As we approached the track for Mere Hide a Grasshopper Warbler began reeling to give Brian another year tick.  It proved far more elusive than the Marsh Warbler, remaining well hidden among the branches of a small tree a short distance from the track.

Leaving Lakenheath we made the short five mile trip to Brandon and after parking up along the narrow track of Gas House Drove we headed along the footpath and into the woods. Immediately the Wood Warbler could be heard singing. Soon afterwards the bird appeared among the Oaks and Silver Birches giving superb views and it belted out it's familiar song. 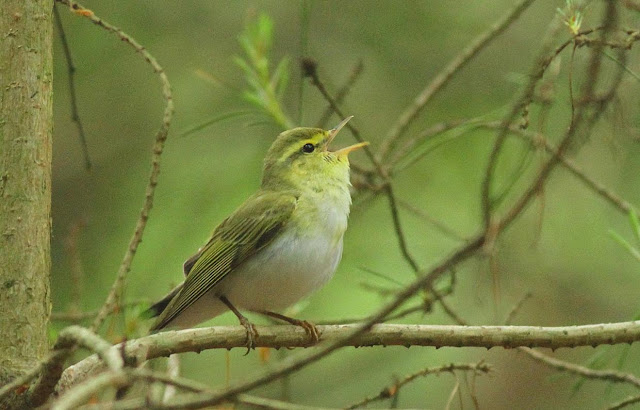 The weather forecast for today was for light rain turning heavier and then clearing towards late morning. This proved to be spot on.
Before heading for Titchwell we made a brief stop at Choseley so Brian could hopefully grab some views of Dotterel. As we arrived heavy rain began to fall so we parked up near the barns and waited for the rain to ease. Red-Legged and Grey partridge along with Corn Bunting and Yellowhammer in the nearby fields were a nice distraction and soon the rain began to ease. A scan of the field South of the drying barns and Brian soon had the Dotterel in the scope. I wasn't as keen to get a soaking, having already seen Dotterel on a recent trip to Herts but couldn't resist a brief view before we moved on to Titchwell.
A scan of the freshmarsh from Island Hide and then Parrinder Hide produced good views of Common, Sandwich and Little Terns along with Sanderling, Little Stint, Ringed and Little-ringed Plovers. 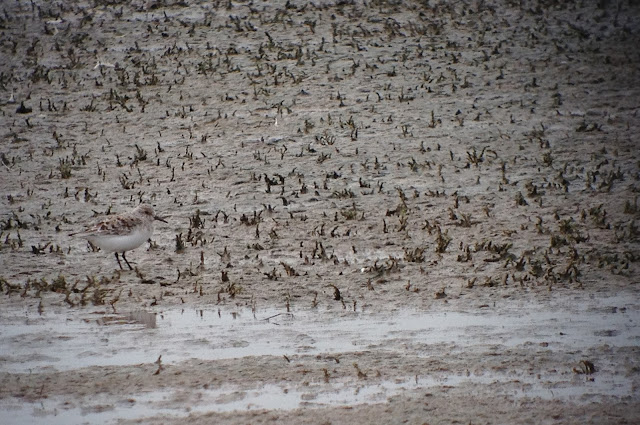 A brief stop at the picnic tables was rewarded with views of a Spotted Flycatcher in the surrounding Oak trees. While watching the Spotted Flycatcher the soft "purring" of a Turtle Dove could be heard. After heading back to the car park the Turtle Dove was soon found perched high up on a bare tree giving superb views. 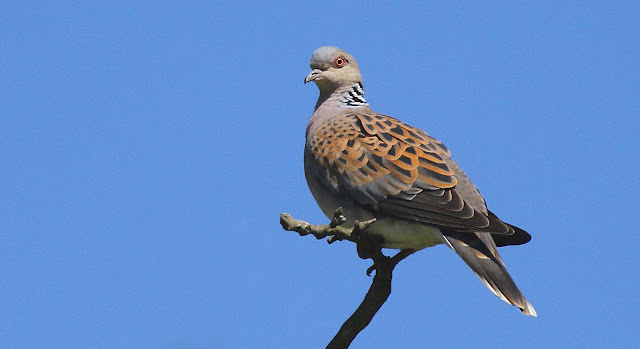 A short detour on the way home to Fen Drayton Lakes in Cambridgeshire failed to produce any sightings of the Red-footed falcon during a two hour visit but several Hobby were showing well.
Posted by Jim No comments:

A very brief visit to KGV Reservoir this evening produced nice views of a couple of Arctic Terns. Firstly found flying low along the Western edge of the South basin and then resting on one of the small boats. I managed a couple of record shots through the scope. 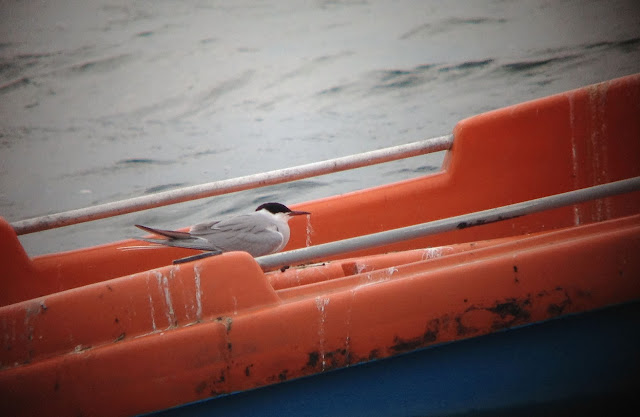 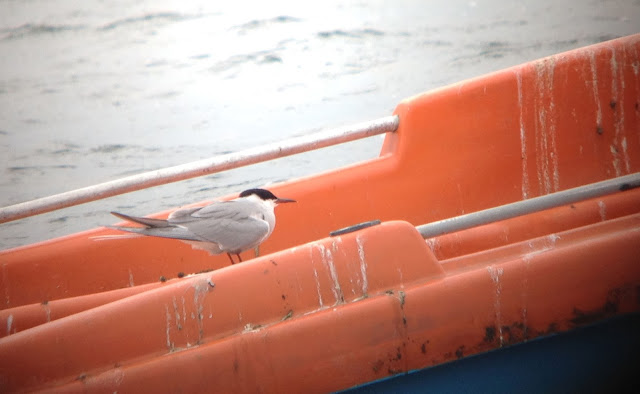 Three Common Sandpipers were seen flying low across the South Basin heading towards the causeway and large numbers of Sand Martin, Swallows and Swifts were seen.

I also managed an earlier visit on the 29th April hoping the Kittiwake had stayed overnight. Luckily it had. First seen drifting along the Southern edge of the South basin, it then took flight and headed West over the River Lee Navigation channel only to reappear a short time later when it landed on a buoy and promptly went to sleep. 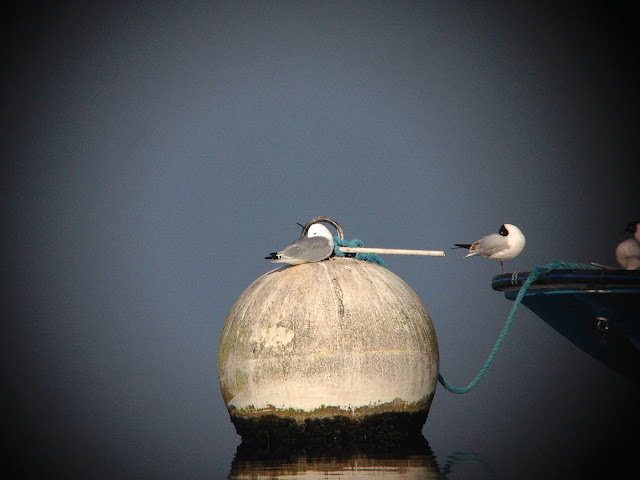