It's been sixty-five days since my last birding trip. There have been several reasons for this, Covid cases on the increase, more restrictions being implemented in certain parts of the country, not being able to go out birding as a trio, and lack of motivation all playing a part.

The arrival of a Masked Shrike at Shuart in Kent yesterday had me interested, and when it was reported again this morning it was enough to persuade me to make the trip. The roads were relatively quiet and the seventy-seven miles went by quickly. The news services were saying park at Potten Street and walk along Shuart Lane, but there was plenty of parking along Potten Street Road and at the top of Shuart Lane. A mile walk along Shuart Lane and then Shuart Drove followed before we arrived at a row of Hawthorn and sallows at the edge of a field. There were about twenty birders already present and Brian was among them. We have been observing government rules as closely as possible and this has meant we haven't shared a car since March! Hopefully, we can start birding together again soon. There was plenty of space available in the field and social distance was not a problem.

I had wanted to see a Masked Shrike for many years, the last twitchable bird at Spurn in 2014, had proved to be well out of range at the time, and the recent Cleveland bird was not even considered due to the distance involved. Today all that was forgotten as I had seen the bird before even setting up the scope. It was perched in a Hawthorn for much of the time I was there but would venture closer at certain times and settle in the hedgerow bordering the two fields. 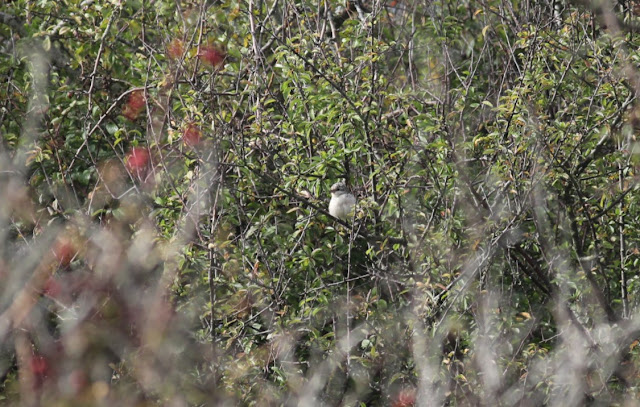 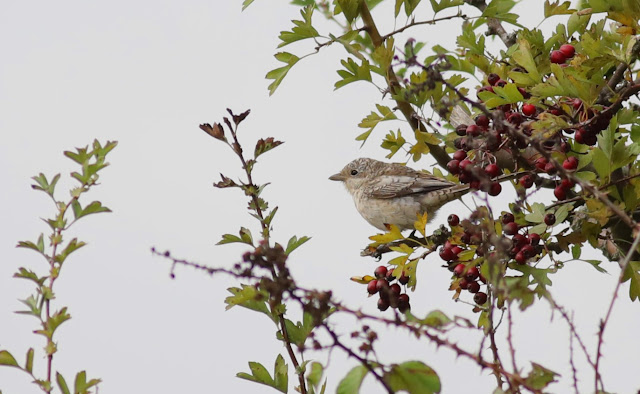 This could quite possibly be the same bird that appeared at Hartlepool Headland in Cleveland in the early part of October.

No images may be downloaded or reproduced without permission.
©James Anderson 2012 - 2021.