Early evening on the 23rd June a Gull-billed Tern was reported on Arc Pit at Dungeness. Brian headed down there the next morning and after a couple of hours of searching had bagged himself a lifer.

Thankfully the tern continued to stay faithful to the site and when it was still present on Saturday we decided to make the trip late morning. On route, we had received positive news that the bird was still around Arc Pit. Joining a small group of birders ( always maintaining a safe social distance) along the causeway I had the Gull-billed Tern in the bins before I had even set the scope up! During the next hour, we enjoyed prolonged scope views of the bird flying up and down Arc Pit. 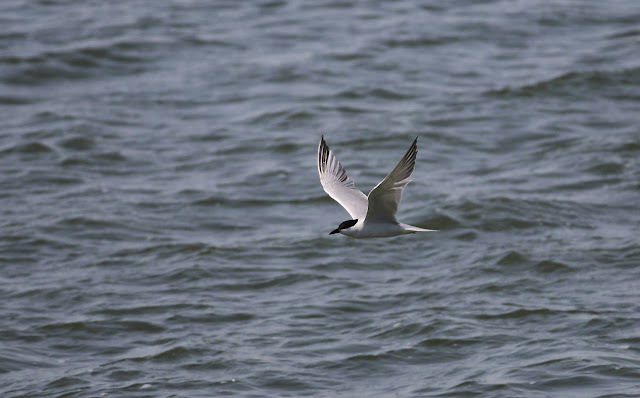 Happy having added another lifer to my list, we set off in search of a Black-winged Stilt which had been reported from the other end of Arc Pit. Thankfully the car park had been reopened recently thus making parking easy. The Stilt however was anything but easy! After nearly two hours there had been no sign of the bird. Heavy rainfall began to fall giving us a good soaking and forcing us back to the car. The rain eventually relented and the sun came out, another walkout and scan was rewarded with excellent scope views of the Stilt.